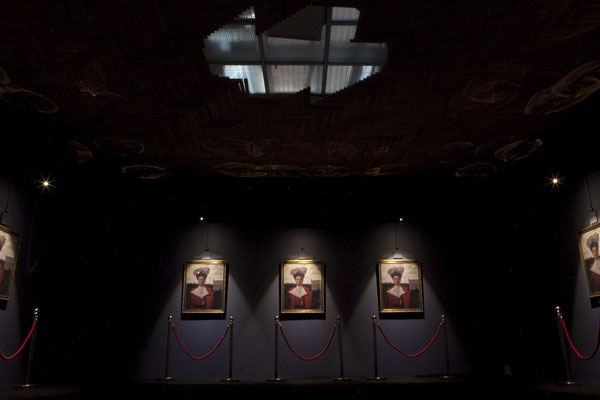 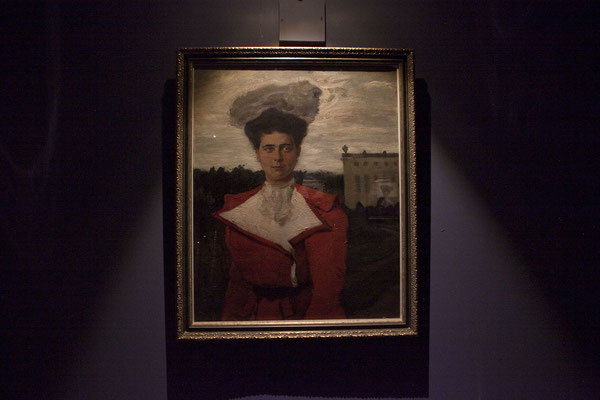 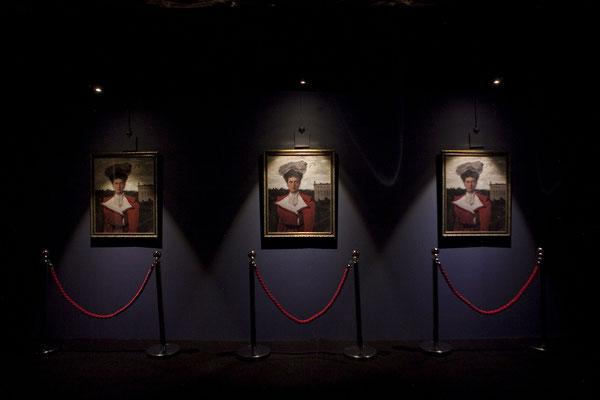 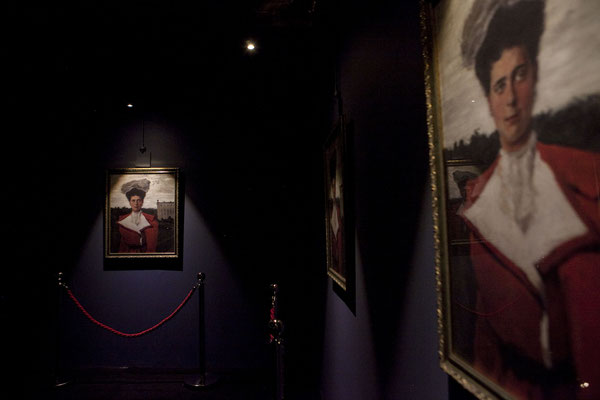 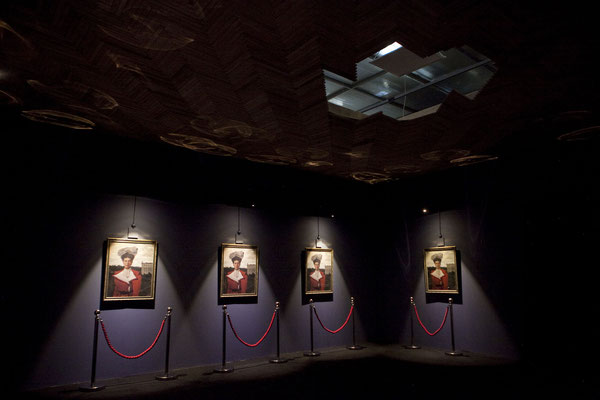 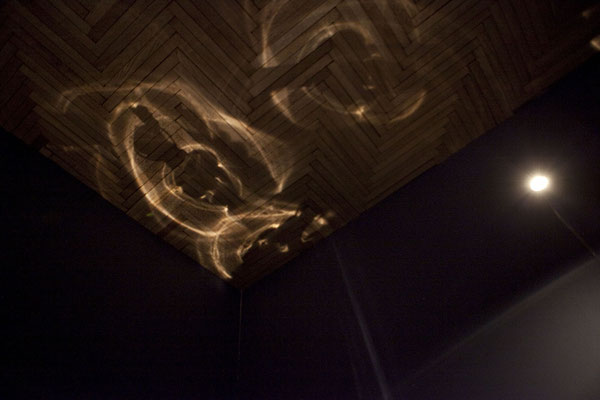 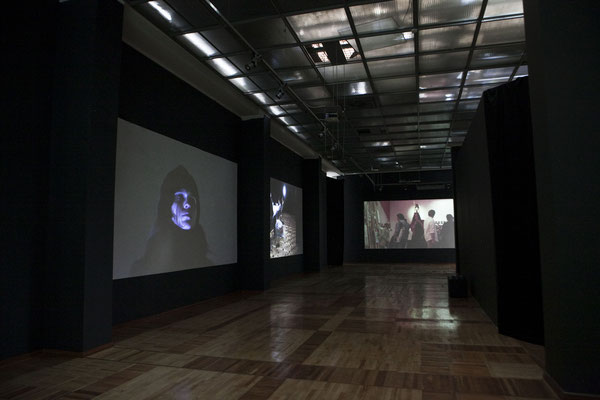 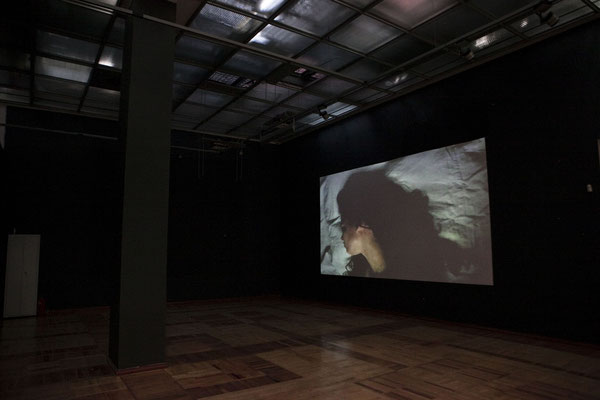 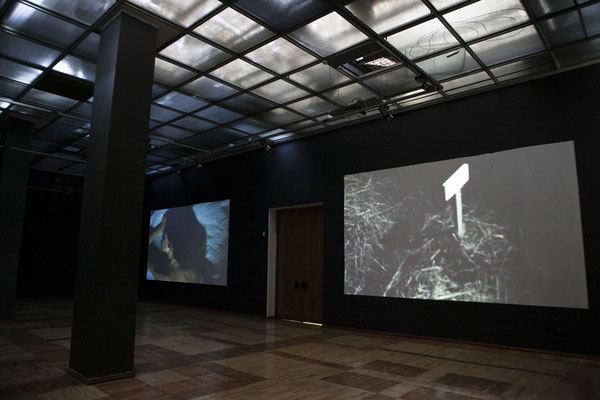 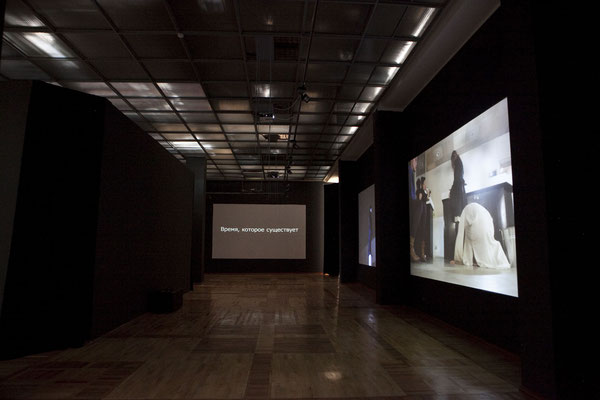 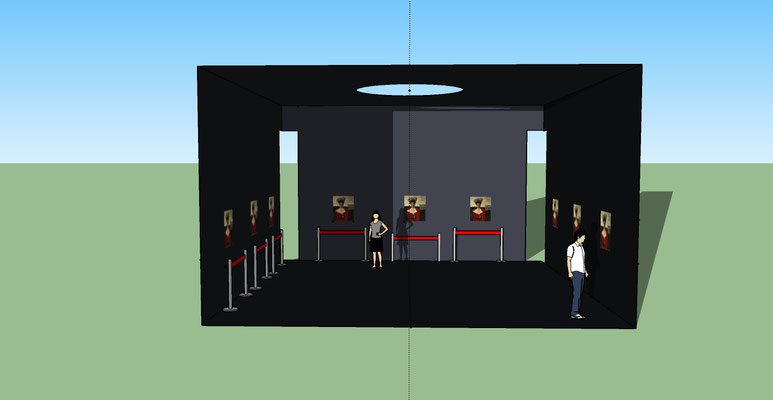 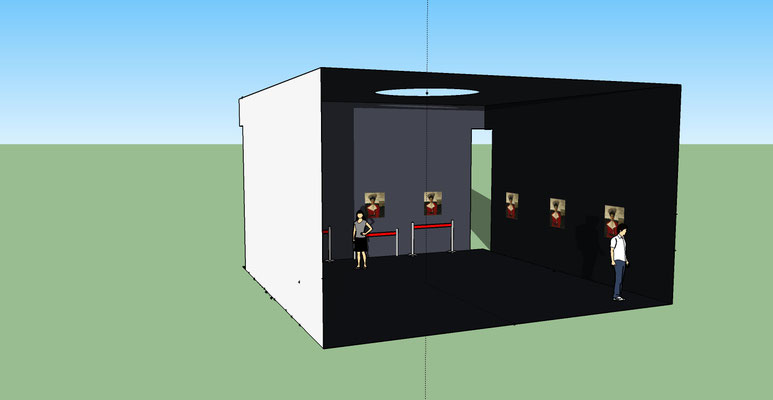 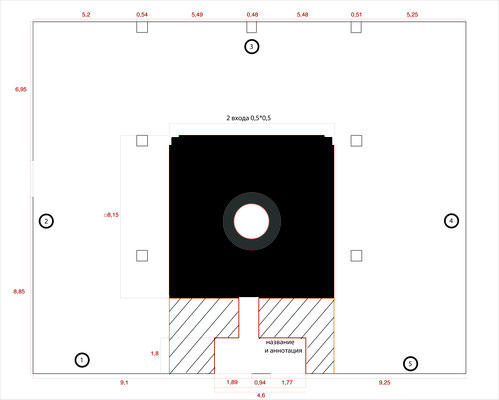 "We all live in many time zones at once."

The tools of canonical drama enable Olga Kroytor to explore the contours of systems or structures that might be deemed invisible and that exist in an illusion of immobility; the artist integrates in herself borderline geometrical states "along edges", as if we were observing the line of the sea coast, the edges of clouds or the silhouette of a tree’s crown. In these techniques the work of art is a process and a suspension. The process not only contains a certain duration, but its duration is condensed and compressed “to a point” as Osip Mandelstam said. In turn, the artist's strategies do not fetishize the result of the process, but rather conceal its internal dimensions, preserving the meaning of the suspended moment. In essence, the author is referring here to Bergson's conception of the world as a "frozen explosion", developing the ideas of the philosophy of catastrophes, the formation of critical masses as a presentiment of complete transformation of the reality around us. Approaching this dramatic point, Olga Kroytor’s artistic method actualizes the already discovered principle of avant-garde culture, accentuating its radicalness and completing its deconstruction in fully materialized metaphors. The character of the performer, making contact in the absolute with her personality, dialoguing with the play-constructions of Max Ernst, Oskar Schlemmer and Jerzy Grotowski, undergoes a particular kind of aggression on the part of the artist. Her transfigured body is taken as an organism and at the same time as a mechanism, a machine of desire, able to respond to pain, to suffer and at the same time to carry out actions that achieve stability. The life of the object-subject in this sphere becomes mysterious and unfathomable, manifesting the models of existence of future gothic "Sleeping Beauties" and "Galateas" of antiquity that have come to life and are capable, after their awakening, of completely changing our civilization. Behind the canonical stage of dreams, where the character encounters social standards, the next act of our "Divine Comedy" is prepared – its apocalypse, in which the universal drama of human history is revealed: culture goes beyond its limits, intruding into reality, where, as Boris Pasternak said, there is the "breath of the soil and of destiny."

Plunging "inside", into the element "earth" or the structure of the "interior", the artist's body not only becomes part of the organism of space, but at the same time is separated, distancing itself from it, becoming a kind of "eye", a monitoring camera, armed with a deeply personal instrumentality. This eye "opens" in mutually contrasting vectors of forward and reverse perspective, focusing the body of the performer as a binary optical axis. Its organic construction unites "views" of the surrounding world and the internal world, the reality of collective vision and an optic filled with personal meditative calm.

Olga Kroytor’s performances are externally in perfect equilibrium, like situations "caught off guard", they are all located in a phase of futurity, a drama of possible changes. They are all "on the point of" accomplishment and completion, so their future is full of mystery and a varied finale. In their creative layers the uniqueness of the artefact opens up like a gap, a limit between the evident and the conceptual, the revelation and its bringing into question, where, using Theodor Adorno’s expression, there is a "rational critique of the irrational."

The artist, showing the event in its clarity, fixing it in a stable form, simultaneously deconstructs it, re-encoding the poles of the whole coordinate system of our being. Revealing the hidden secret of the becoming of reality, its eternal pause between events, she brings us to the edge of the abyss, where sky and earth meet, without waiting for the accomplishment of the catastrophe and pointing out their first shocks. At this moment, the space of visual critical events is compressed, it becomes easy and familiar, and the accent of the drama is stated in the immediacy of the creative gesture, like a blow-up in a film by Antonioni. The "road", the path of meaning which Olga Kroytor builds is four-dimensional, bending the dimensions of space and time. What is laid bare before us not just the technology of art, but also the fate of a person in all its clarity, realizing itself in the fabric of performative practices, in the overcoming of the chaos of matter and the construction of its own "burrow", as Franz Kafka and his hero, the Surveyor, would say.

So, by transforming her own body into an object of art, Olga Kroytor asks the eternal question: who will come after Man? The artist, meeting face to face with the arrival of "a new, technological imaginary Person", doggedly asserts the return of our ever more distant source. Her "risky" strategies invite us to look at the changing landscape and our place in it. Her experience announces to us the arrival of “He who returns” a being inseparable from the Earth, but who has turned his gaze to other dimensions, a Person travelling towards a meeting with himself renewed, endowed with divine infinity and that form of life, which is consistent, as Gilles Deleuze said, "with rocks or the non-organic (the realm of granite)." In her art today Olga Kroytor creates tools for its orientation.