'THE COORDINATES OF DISAPPEARANCE' 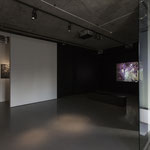 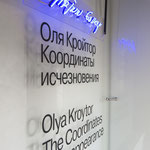 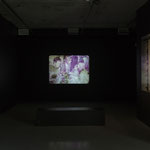 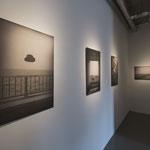 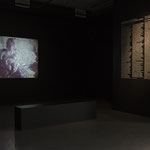 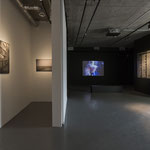 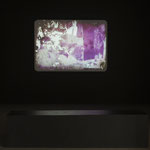 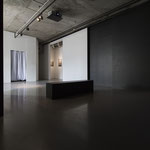 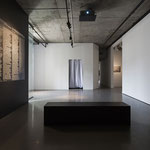 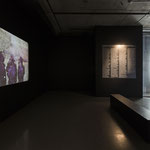 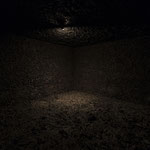 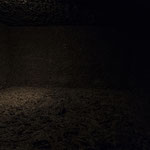 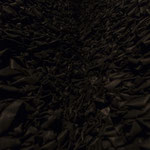 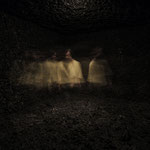 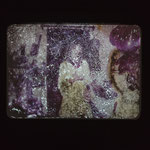 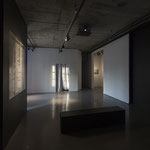 "As for time, disappearance always presses on"

In visual or semantic conversations and contexts, disappearance is a phenomenon that ripples through all the world’s cultures. Its depictions are hinted at in the paintings of Velázquez and the masters of the Northern Renaissance, before taking form in the work of Magritte, then picking up a certain radicality in the strategies of Conceptualism.

The motif of disappearance as both a traumatic void, but also a means of bridging a gap in time — the existential paradigm of “in between” — is fully explored within the intimate dramas of the work of Olya Kroytor. Experiencing the surrounding reality as a kind of supra-state, filled with gravitational pull, the artist feels the irresistible urge not only to find the image of repressive forces and fix it, but also to uncover within herself the ability to set up a nonlinear balance in this scenario of reverse perspective, through her dream-like forms.

This ongoing dialogue of the deeply personal and the lived experiences of the creative process allows Kroytor to open her own unique chapter in the history of this “empty” pause — disappearance — in her meditative concentration, within the coordinates of the anticipation of a future event after the loss of the past. Within this system, the phenomenon of disappearance cannot be separated from the visual machinations of quantum mechanics, the transition from the discrete image to the image-in-flux, where we lose any sense of the position of the observer and his location. In this moment, that which is being observed, in an attempt to hide from us, returns to the essence of its being, to concealment. In actuality, Kroytor’s visual perspective in this situation approaches the real structures of Russian and European mythology, the same paradoxes of space that helped influence the birth of non-Euclidean geometry and Albert Einstein’s theory of relativity. The universal scientific and figurative

paradigms come into focus in the personal optical philosophy of the artist, flowing through the prism with the “lost” numerical sequences and the sis finite worlds of Daniil Kharms and the disappearance of whole nations in the postmodern commentaries of Milorad Pavić’s Dictionary of the Khazars. “What was here before us?” The artist asks, eyeing the burnt- down human habitat, the site of an absolute catastrophe.

She raises this question, as if in echo of Paul Gauguin’s famous exclamation: “Where Do We Come From? What Are We? Where Are We Going?” Kroytor’s question touches on the universal drama of humanity, the spatial cycles where the trauma of our birth is manifested, and “we” always remain within these coordinates of disappearance. “Where Do We Come From?” is loss, which, having given birth to disappearance, expels our historical and cultural memory. “Where Are We Going?” is an illusory direction, whose exact instructions have been lost, leaving us in the eternal state of “Waiting for Godot.”

Asceticism prevails in this suspended time and space of waiting, which is brought up as observable evidence confirming the Old Testament maxim, “before one can be born, he must die.”

Kroytor’s Burnt Room conjures up the traditional interiors of creative spaces of the European avantgarde, which are then set in contrast against the existential state of their tragic devastation. The studio of Piet Mondrian, El Lissitzky’s “Proun Room,” or even the Mertzbau, sculpted from garbage by Kurt Schwitters, all epitomize the purity of 20th century modernist pathos. Kroytor’s disappearing three-dimensional reality offers a post-historic representation of the human habitat, her traumatized forms absolutely ill-adapted for prosthetics, forging a dialogue with Ilya Kabakov’s Toilet. Within the artist’s reduced coordinates, her topography, there is no longer an objective world, just the present in its extreme proximity, lost “between” the myths of the past and future.

Old slides start to slowly melt and fester, forming a fabric of disappearance. The gaps in the “slumbering” entropy of the slides offer glimpses of a new beginning, suggesting the opening of new dimensions.

These readymade illusions are revoked with sharp resonance through Kroytor’s series of photographs, which fix on instances where a person is transformed into an example of what Malevich called “surplus elements.” In other words, his image is able to enter into other dimensions without any special interference, leaving his traces between the frames. But at the same time, as the artist explains, “these photographs raise a new question as to individuality and similarity. Each photograph is a readymade stage design, which is, incidentally, how we all live, moving from one scene to the next, and at some moment, someone else comes to take our place, or we can just return to the old setting.” The art of photography, in this instance, does not become the focus, but rather transforms into a genuine miracle. The question raised by existentialist philosophy is resolved by Kroytor through the immediate clarity of the photographic image, the space of which, as Jean-Paul Sartre writes in his Being and Nothingness, “depends on the direction of my attention.” But when did this scene appear before us, turning us from viewers into participants in the mystery play of “disappearance”? We may live in an intellectual, noospheric reality, in a certain critical phase, but the meaning of our existence remains unchanged. The contemporary visual and philosophical models can only help us recognize the processes in which we participate, and, in this awareness, we are able to propose exits to the eternal existentialist values. “I do not think,” Kroytor continues, “that the situation with the ‘missing’ is connected to the network. This is how it has always been, people came and went, both in the global sense (the cycle of birth and death) and in the local (interaction and cooperation.) Taking into consideration the sheer scale of the Universe, what is one person? Does he mean anything? Why does he even exist? And what comes after him?”