A series of photographs revealing the phenomena of the superuous person as well as that of the ones who have disappeared.

“As for time, the disappearance lasts forever.”

In visual or semantic conversations and contexts, disappearance is a phenomenon that ripples through all the world’s cultures. Its depictions are hinted at in the paintings of Velázquez and the masters of the Northern Renaissance, before taking form in the work of Magritte, then picking up a certain radicality in the strategies of Conceptualism. The motif of disappearance as both a traumatic void, but also a means of bridging a gap in time – the existential paradigm of “in between” – is fully explored within the intimate dramas of the work of Olya Kroytor. Understanding the surrounding reality as a kind of supra-state, filled with gravitational pull, the artist experiences the irresistible urge not only to find an image of repressive forces and fix it, but also to uncover within herself the ability to set up a nonlinear balance in this scenario of reverse perspective, through her dream-like forms. This ongoing dialogue allows Kroytor to open her own unique chapter in the history of the “empty” pause – disappearance. Within the coordinates marked out by the anticipation of a future event after the loss of the past, the phenomenon of disappearance cannot be separated from the visual machinations of quantum mechanics, the transition from the discrete image to the image-in-flux, where we lose any sense of the position of the observer and his location. Kroytor’s visual perspective in this situation approaches the same paradoxes of space that helped influence the birth of non-Euclidean geometry and Albert Einstein’s theory of relativity. The universal scientific and figurative paradigms come into focus in the personal optical philosophy of the artist, flowing through the prism with the “lost” numerical sequences of Daniil Kharms and the disappearance of whole nations in the postmodern commentaries of Milorad Pavić’s Dictionary of the Khazars.

“What was here before us?” The artist asks, eyeing the burnt-down human habitat, the site of an indisputable catastrophe. 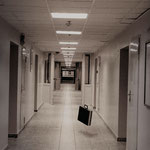 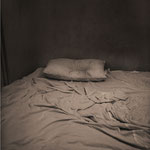 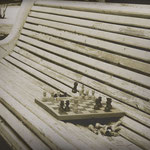 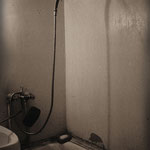 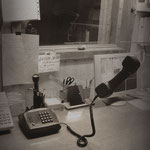 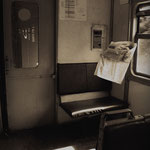 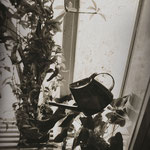 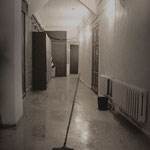 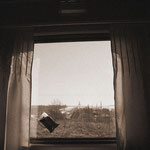 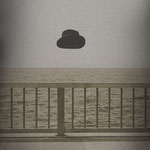 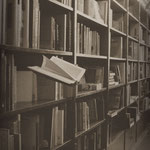 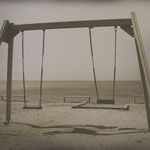 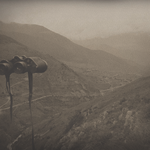